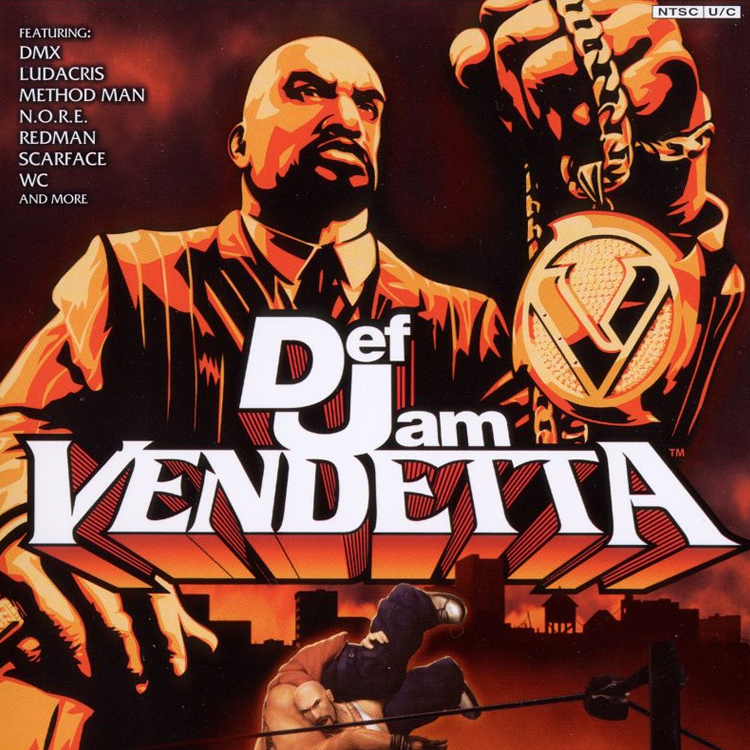 The history of hip-hop in video games is relatively light on substance. That is to say, there just aren’t that many good video games with great rap soundtracks to look back on. Hot New Hip Hop’s game rankings did a nice job of capturing the best of what there is, but really, when you take out a handful of games relating to the NBA (in which music is mostly secondary), there are just a few titles.

Among those titles though, one stands out in our memory as the best hip-hop video game of all time, even if HNHH only ranked it sixth: “Def Jam Vendetta.” This 2003 game from EA Sports was released for Nintendo GameCube and PlayStation 2, and blended pro wrestling gameplay with hip-hop culture in an indescribably awesome way. It was a free-for-all brawl of a game, but one that was set to some of the catchiest rap tracks of its time.

A portion of the game’s iconic soundtrack can be chalked up to DMX (who’s still out on tour, or would have been if not for COVID this year). But there is also music from the likes of Snoop Dogg, Comp, Ludacris, Public Enemy, and Method Man, to name a few. That’s a pretty great lineup, and no hip-hop-related game can touch DMX’s “Intro” as a lead-off track.

As awesome as this game was though, it’s also a little bit frustrating. While there was a 2004 sequel (“Def Jam: Fight For NY”), this just never became the franchise it should have been. In another world, it’s easy to imagine a long-running game franchise, and possibly even a film adaptation. That kind of thinking got us wondering about where we could actually see this legendary video game live on — from modern consoles, to online casinos, to the big screen.

The most straightforward way for this game to live on would be for it to simply come back in remastered form. This happened recently with some of the early “Tony Hawk” games, which were received well enough that a review at The Verge called them “the perfect remaster” and an “ideal mix of nostalgia and modern touches.”

Imagining those same quotes applied to a hypothetical “Def Jam Vendetta” remake is exciting. This game, brought back to life and slightly modernized on modern consoles, would be an absolute thrill. The game could even come back with a fresh track or two, like the boldly political release “State Of The Union (STFU)” that Public Enemy debuted this year.

Maybe the most realistic hope for a “Def Jam Vendetta” comeback lies in the mobile gaming arena. Just about anything can be a mobile game these days, and we’ve actually seen plenty of retro games and tired franchises rebooted for phones and tablets. While it wouldn’t quite be as exciting as a remastered console game, “Def Jam” would work fairly well on mobile devices from a gameplay perspective. And it would instantly have the best soundtrack in the mobile arena.

This would be more of a tribute than a return, but it’s still another exciting concept. Casino gaming, both online and on mobile devices, is actually full of content that’s based on existing material from elsewhere in the gaming world. A Foxy Games list of titles that have already inspired their own casino material makes this clear, pointing to the likes of “Street Fighter II,” “Tomb Raider,” “Tetris,” and even “Gangsta City” — a slot loosely based on the “Grand Theft Auto” franchise, which already has some hip-hop elements to it. In short, a casino game these days can be based on just about any other video game.

The “Def Jam” version would be special. We envision a digital slot reel filled with characters and accessories reminiscent of the old game, all while that note-perfect rap soundtrack plays in the background. Plus, who wouldn’t love the idea of the game blasting Ludacris’s “Saturday (Oooh! Ooooh!)” off the soundtrack when the player hit a jackpot?

Finally, there could also be a thoroughly entertaining “Def Jam Vendetta” film. This might be less likely than even a remastered title or a casino gaming spinoff, but it could also be a gold mine. Plenty of people adored this game in the early 2000s, and many more feel nostalgic toward the hip-hop of the era. Those factors would seem to translate to a built-in audience (even if the film went straight to a streaming platform).

Granted, this would pretty much have to be a project created from scratch. There’s not a ton of plot to “Def Jam,” even if you can play through story modes. But an over-the-top, hip-hop-fueled wrestling film complete with the exact soundtrack from this game could actually be a whole lot of fun.

Odds are, sadly, that this perfect video game will simply remain in the past. But you can join us in hoping for some of these continuations and adaptations to emerge. And in the meantime, you can always dig up the original game — or at least its awesome hip-hop soundtrack.