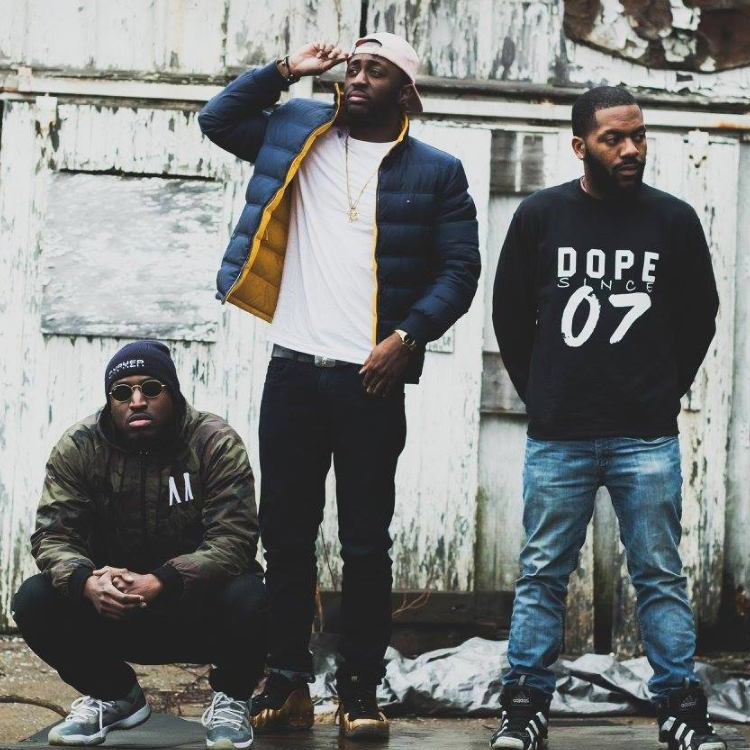 Natives from Dover, Delaware, emerging Hip-Hop trio Cypher Clique started out as a group of school friends freestyling in their parents’ basement. They quickly climbed the success ladder by sharing the stage with some of Hip-Hop’s finest including Mac Miller, A$AP Rocky, Wale, Meek Mill, Dom Kennedy and Travis Scott over the years.

Cypher Clique doesn’t create cookie cutter radio songs, instead they concentrate on producing passionate songs from their heart and soul. Armed with a pen, a microphone and an unshakable will to succeed, the unique storytellers will make an impact with their music. The gifted wordsmiths deliver vivid rhymes and smooth flows. Their skillful wordplay and witty metaphors paint precise pictures.

Most recently, the captivating Hip-Hop group unveiled their anticipated new song “Maze,” produced by James Major. Clocking in at 2:27 minutes, the single is featured on the group’s EP “For The Algorithm Vol. 1” and accompanied by a appealing music video.

Press play below and watch the music video for Cypher Clique’s single “Maze.”

Takeoff's Cause Of Death Revealed By Coroner's Office