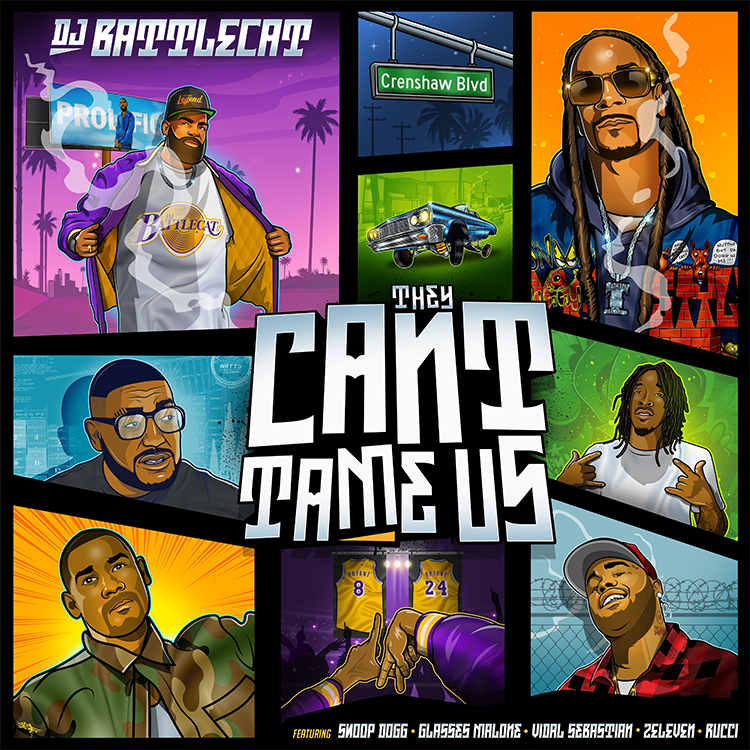 After 25 years in the music industry as popular deejay and producer, DJ Battlecat has decided to embark on a new aspect in his career.

DJ Battlecat has taken on the roll as a recording artist with great conviction. The Los Angeles artist will be releasing his own project this year, not as a  DJ but as an artist. Being front and center is new for DJ Battlecat but we all know whatever he touches turns to Gold and Platinum.

The title of his new project is unknown as of yet but we will make sure fans know the name as soon as it is announced.

To get fans ready for DJ Battlecat’s album, he just dropped a new single titled “They Can’t Tame Us.”  The single goes hard and features some of the best emcees coming from the Westcoast including 2Eleven, Glasses Malone, Snoop Dogg, Rucci and newcomer Vidal Sebastian on the hook.