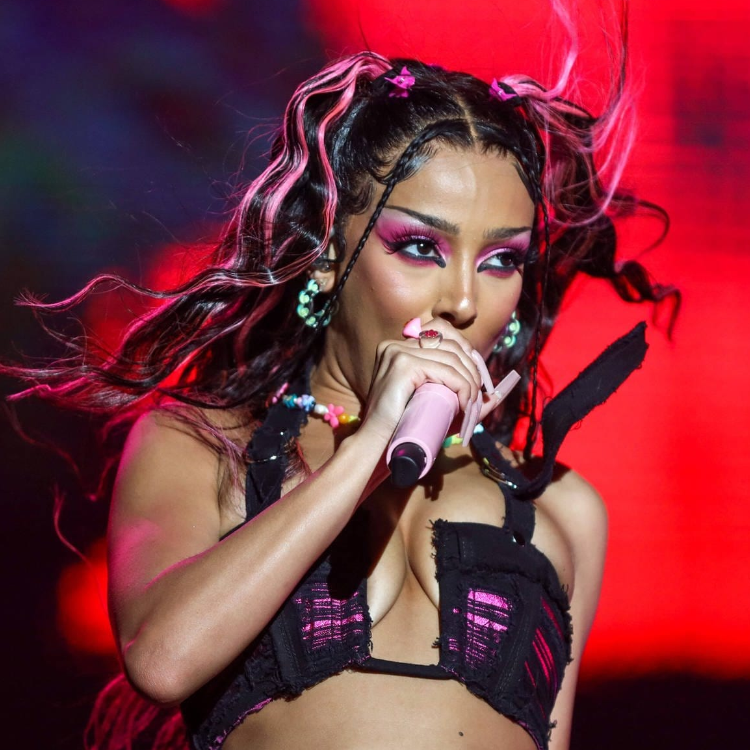 Doja Cat has been teasing the release of her fourth studio album and fans are getting very excited. The “Woman” songstress dropped her third album “Planet Her” back in 2021, which was met to critical acclaim by fans.

As fans excitedly await the next LP, the pop artist has subtly begun the process of leaving breadcrumbs of what’s to come on her forthcoming project.

In a new interview with Dazed, Doja spoke about her musical inspirations as of late, the songs she’s been sitting on and her plan to eventually put out another full-length album.

Doja, who is an avid gamer, has been inspired by vintage video games. On the musical side, “Opus III is a huge inspo for me right now,” she told Dazed.

“If you wanted a teaser into what I’ve been thinking about, that’s what I’ve been on a lot,” she added. “And just to make it clear, Beastie Boys is a huge inspiration to me.”

While Doja didn’t reveal an exact timeline for the follow-up to 2021’s “Planet Her,” it appears that the new LP will be an amalgamation of genres, with the artist describing her current approach to recording as “controlled chaos.”

“I’m crazy about putting different genres into the same album or even into the same song,” she said. “There’s songs from a year and a half ago that I made and I’m like, ‘These need to come out.’”