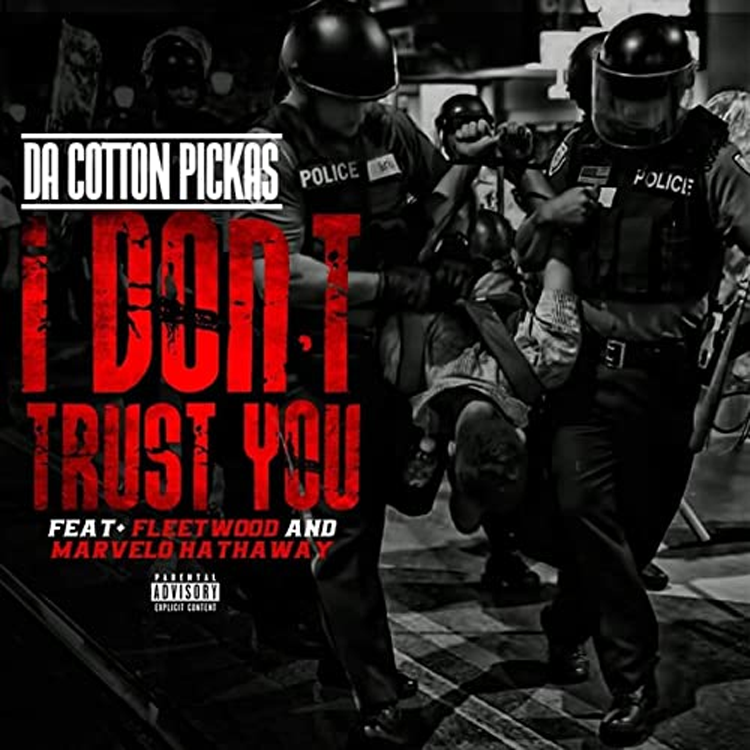 Da Cotton Pickas are a collective of socially conscious artists nationwide. They represent their ancestors, who were people that worked hard and never gave up or gave in, even when they were being cheated out of their wages.

Additionally, the collective has a film series connected to their movement. The first film entitled “Da Cotton Pickas” is based on the con game called sharecropping. It includes a soundtrack called “Negro Spirituals,” which is available on all streaming platforms.

The second film installment will be “Gimmie Mines,” a powerful film representing the demand for the broken promise of 40 acres and a mule will debut in January 2021.. Moreover, there is a single currently out off the soundtrack entitled “I Don’t Trust You.” The “Gimmie Mines” film debuts in January 2021. Equally important, the soundtrack will feature KHUJO from Goodie Mob. The goal is to continually release content about Black culture told from the souls of black folks.

Each artist within Da Cotton Pickas brings his different gifts of art and lyrical experience to embody encouragement, motivation, and self love. The collective personifies perseverance, which is the sole description of Black people in America.

Big Sean: 'IDFWU' Was Not A Naya Rivera Diss