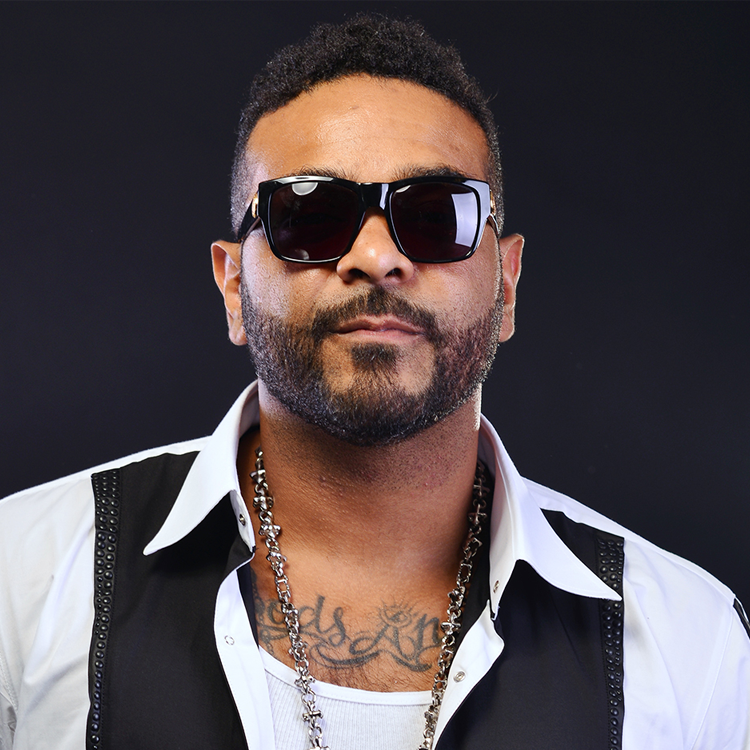 Yo! Raps linked up with Diplomats founder Jim Jones for an exclusive interview to talk about a wide array of interesting topics from working with Harry Fraud, a potential Dipset reunion to still being relevant in today’s Rap game.

Whether it is music, movies, reality television, and/or making executive decisions, Bronx born/Harlem raised Jim Jones is and has always been an entrepreneurial force to be reckoned with.

The co-founder of the Diplomats latest musical endeavor, “The Fraud Department,” is a new joint effort with cult fave producer Harry Fraud that features high profile collabos with Belly, Dave East, French Montana, Curren$y, Conway the Machine and Maino, among others.

All right, let’s just hop right into this. Let’s start with this brand new project of yours which by the way is dope as can be. Latest single and video titled “Laps Around The Sun.” Why don’t you kind of tell me about this track? How did it come to fruition?

That’s the intro track to the Harry Fraud project, “The Fraud Department.” Harry gave me a beat, actually did this beat to my birthday around July. So that was the reason it’s called “Laps Around The Sun.”

“The Fraud Department” is a collaborative effort between you and Harry Fraud. Why don’t you tell me how this project kind of came to be? When did you guys decide to kind of come together, join forces, and put together this amazing body of work?

After me and French [Montana] made our reconciliation and I was always a fan of Harry’s production just throughout the years of us going back and forth with — that we was going through and then now with all the water being calm, was a perfect time for me to actually get some work done with him. And that went from a conversation to us doing the whole album.

In addition to this project, you also currently have a couple of other singles in rotation. You have the “MMTC” joint with Vado, you have the “Election” record with Juelz [Santana] and this is off your last project, the deluxe version of “El Capo.” You want to talk to me a little bit about these two tracks? Both amazing joints.

I’m mix matching a group more like a Harlem party record, good feel record. Shout out to Vado, shout out to Rain. And then what was the other record you talked about?

The “Election” record with you and Juelz, you know, Juelz freshly home…

Juelz fresh home still on house arrest, that was pretty dope. We got to do that in front of his mansion. Good experience, man. I think the record was a strong record, especially for the timing that it came out with the whole election and all that happening and everything that was going on with Donald Trump. So very big record to me!

Being that you’ve been in this game for such a long period of time, why don’t you kind of touch on your longevity a little bit? What do you feel has been the key to your success so far? And of course, what will continue to sustain you in entertainment?

Perseverance takes a lot, got to kind of reinvent yourself or be able to know how to reinvent yourself in a way and still maintain your dignity. A thin line between chasing what’s going on and understanding what’s going on. I’m talking since the ‘90’s to now, you know we dealing with a young man’s game when it comes to this music. So that’s why I always embrace my younger generation. For two reasons: One for me to learn from them and also for me to teach them. They say you can’t teach an old dog new tricks but you can teach new tricks some old ones. So, in that fashion is how it works.

I like that! Speaking of that, would it be fair to say that you’re happy with the current state of Hip-Hop? I know it’s definitely different than what I guess is the golden era, a fan myself, it’s definitely a different kind of space and time as far as Hip-Hop today. But what are your kind of personal feelings on it?

I mean, it’s a different space in time depends on what your age is. When you are a younger person, there is no space and time, it’s only now. Shit, I come from a different era of the music that’s going on now but I’m also able to understand what’s going on. That’s why I’m still here and that’s why I don’t sound nostalgic and that’s why I don’t feel like yesterday, you dig. But the music, the times changed. There was a time we were the younger generation that was dictating the music and the ones that came before us thought that our music was a little bit crazy and that’s just evolution and shit like that. So if you can’t stick with the times, most likely nine times outta ten, you’re not going to stick around too long.

Absolutely! Now coming from a veteran, as a veteran artist and from that standpoint, a lot of artists don’t kind of see that in terms of bridging the gap, if you will, what do you feel is like the missing ingredient as far as more acts bridging that gap between today and yesterday?

You have your imprint Vamp Life, is that something you’re looking to do, is kind of help with that kind of bridging of that gap with artists you wanted to bring up and groom?

Obviously last year was a crazy year. First off, what was the kind of the main thing that kept you motivated? I know you had a couple of projects that you were kind of actively working but in that pandemic kind of state, what kind of kept you going and kept your mind right and motivated so to speak?

Be able to hustle and make money during the pandemic is one of the biggest motivations for me. Once I figured out how to do that, there wasn’t no looking back.

Going more into 2021, what are kind of your future goals and plans? What’s kind of coming down the line on the heels of this Harry Fraud project?

We got a bunch of videos I’ve shot for the Harry Fraud project. So we still got some more visuals to give y’all.

We’ll definitely be looking out for all of that stuff! You’ve conquered both the small and the big screen in terms of television and film and as well as reality TV that was a huge part of your career. Are there any things that you’re working on in terms of any of these platforms?

I’m always working on different things for network platforms and things like that. So hopefully there’ll be some new TV shows with my face on it. Right now, currently Revolt, I (The Weavahman) have the weekend weather show it’s called the “Drip Report,” you can watch that every Friday. We’re currently going on a third season, starting next week. Shout out to Revolt for that so I’m always working when it comes to things like that.

I know earlier we talked about the track that you have with Juelz, kind of being freshly home and everybody, you know, the million-dollar question is everyone wants to know what’s up with Dipset/Diplomats? Anything going on in terms of like as a collective, anything that you guys will be doing in the coming months or you know, down the line?

I know you’ve conquered so much in this industry, in this game. If you just kind of had to come up with one thing and one of the biggest things, what’s kind of been your biggest career moment or highlight?

Shit, I couldn’t tell you.

That’s definitely crazy! Everyone either knows you or think they know you for and through the music and different entertainment platforms that you’ve pursued and shined on. But what would you want those same people to know about Jim Jones that they won’t get by either listening to the records, watching the TV shows, the movies? What would you think these people would be most surprised to know?

I don’t know. I like peanut butter and jelly sandwiches. I don’t know what people think about.

And what about your off time? I’m sure you get kind of tired of being on all the time, entertainment-wise. What would the people find you doing in your off time or spare time, completely away from entertainment?

I’m pretty much boring. Go to the gym, I’d be in the house a lot or might just take a cruise through Harlem if I don’t take a vacation or something; shit like that.

Is it still possible to kind of lead a normal life once you become Jim Jones?

I mean, it depends if you become a prisoner of your own fame which I refuse to do.

Yeah! Well, that’s dope, staying humble while still being that successful is amazing. Now looking ahead, Jim, for me to say five or maybe even 10 years, you know, 10 even down the line, where do you see yourself? What’s next for you?

Who knows, maybe I won’t be around for people to actually be in touch with Jim Jones anymore that’s the plan. If you see me, be a blessing but I got other shit I’m trying to do. I don’t think it consists of me worrying about what’s going on in the culture or me being seen in it and your dope events or whatever, shit like that.

Okay, that makes sense. Well, I definitely want to take my time to thank you for taking your time out. It’s been a huge honor for me to be able to do this. Any parting words or any messages for the readers, anything you want to kind of leave them with?

No, I just appreciate all the support in my endeavors throughout all these years you know. Look out for more hustles and more businesses and you know, I’m a serial entrepreneur is what they say. So, you know, it’s going to a be a lot more Jones to go around, I appreciate you.

We’ll definitely look out for all that! Lastly, got a shout out for our Yo! Raps visitors?

Hey, what’s up? This is your boy, Jim Jones. Shout out to YoRaps.com, just did an interview, y’all should go check it out and let me know how you feel about it. Capo! 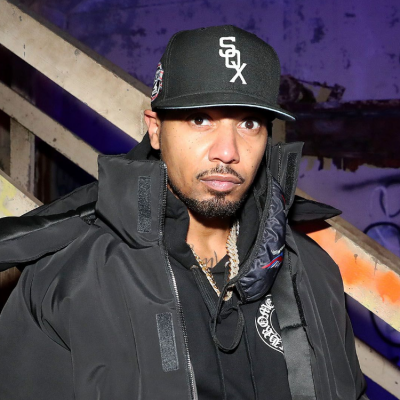 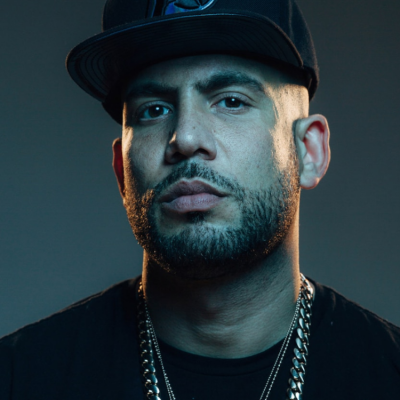