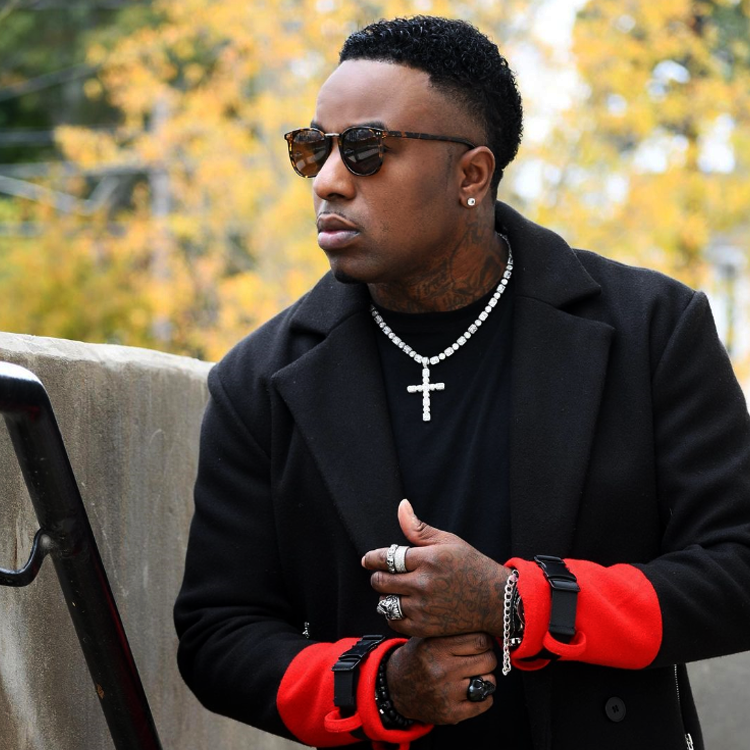 Critically acclaimed Tennessee rapper T.R.U.B. released his brand new standout single “Lunchbag” via rising indie label Elite Sound. The new record is now available on all digital retailers and streaming platforms. The single is accompanied by a cinematic and funny music video, which will make you smile. With close to 2 million views on his two previous visuals titled “What” and “Same Thang,” the spellbinding southern rhymespitter will be the genre’s next star weaponed with sharp lyrics, banging beats and a raspy voice that makes him standout like no other.

“My new single ‘Lunchbag’ is a fun exciting party song with a lot of dope clever lyrical lines and a catchy hook. I look at my videos from a theatrical perspective of like what would I love to see and I knew with this fun record the concept of me versus me playing two different roles would be really cool. Playing the character ‘Big Darnell’, a fat guy that wants to intimidate and steal T.R.U.B.’s lunch I knew would be very clever and fun for the viewer.”

Adding, “I’ve always been a fan of the film ‘Nutty Professor’ and ‘Big Momma’s House’, which had double roles like that. The ultimate message is have fun and enjoy life no matter the circumstances, no matter what’s going on and protect what’s yours at all times even your meals. I hope the world has a good time watching it!”

T.R.U.B. has worked with a variety of musical heavyweights such as Grammy-winning artist Bruno Mars, Future, Plies, Juicy J, Project Pat, Gorilla Zoe, and Yung Ralph. He is receiving rave reviews from industry executives, deejays and fans alike. His music is poised to capture the ears of every listener aching to hear what Hip-Hop has been missing to fill a much needed void and he perfectly proofs that on his records. This dynamic and passion-fueled rapper is about to rocket to stardom. With the confidence, determination, and talent that he brings to the table, there is no doubt that we’ll all be staying tuned.