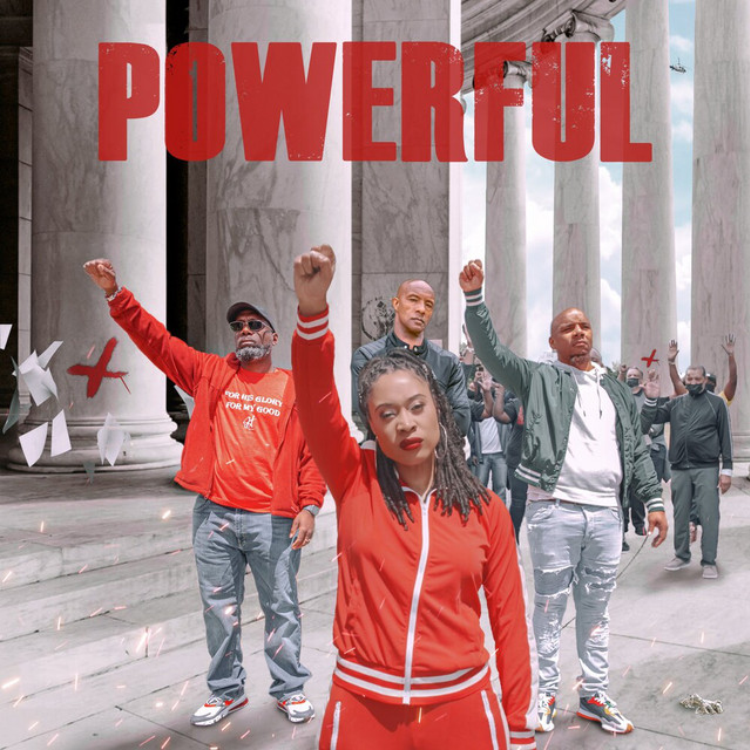 Hip Hop is life, power, and expression. Hip Hop transcends race, class and cultures. It has been the voice for those who have been marginalized and oppressed. In these very turbulent times, the pressing question for creators involves whether their art will be used to build or destroy. Music visionary Michael Jordan represents a beacon of hope for many. He uses his talent and direction to build rather than destroy. He executive produces captivating projects that move past generic street tales and take the listener on a deeper and more introspective level. His latest venture is an explosive project called “Powerful.”

The “Powerful” song is thought provoking, heartfelt and immensely entertaining altogether. The composition is an ode to the Black Lives Matter movement and protests following the George Floyd murder. It is bold and daring. The no nonsense style and narrative of the song evoke the revolutionary spirits of Nina Simone, Tupac, Bob Marley and Marvin Gaye all at the same time. “Powerful” is extraordinarily precise, emotionally rich and intensely persuasive. Some industry insiders are comparing the track to Public Enemy’s legendary protest anthem “Fight the Power.”

Modern day Systemic Racism includes redlining, environmental racism, racist propaganda in the media, racial profiling, police brutality, criminal justice bias, agricultural racism, economic discrimination, voter suppression, housing discrimination, medical racism, etc. “Powerful” explores the full dynamics of systemic racism. Nevertheless, the songwriters not only raise the issues of police brutality and more, they also focus on solutions and a call to action. Each of the artists on the song intertwines their soul with the beat so that their voice acts as an additional instrument on the track. The treatment for the “Powerful” music video was executed by Segol Shield Media. The video itself was filmed by Enfocus Media and it features dynamic protest and rally scenes. I invite you to stand up and witness the power of “Powerful.”