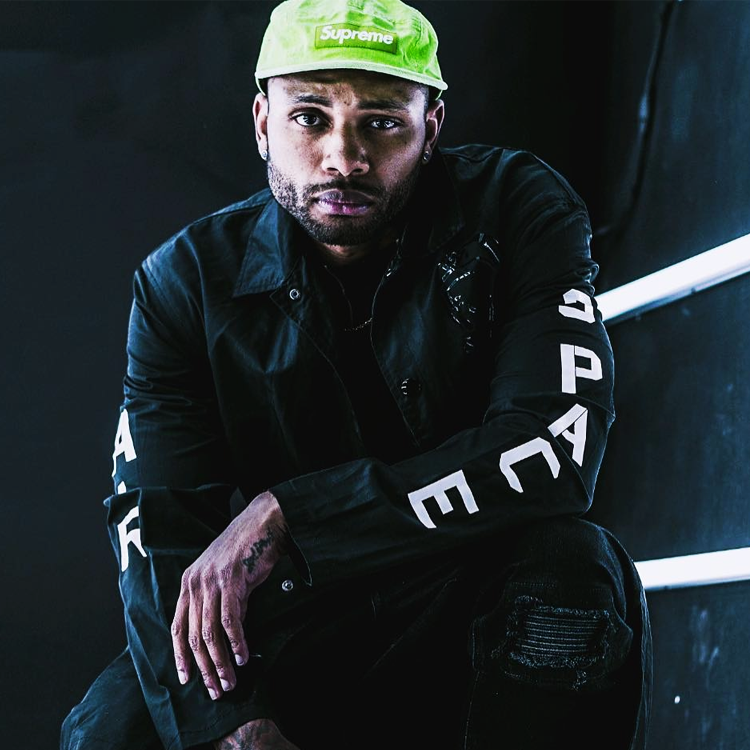 Prin$e William is an aspiring up-n-coming rapper from the Southside of Houston, Texas. He is turning heads in the Hip-Hop circuit with his dynamic delivery and witty wordplay. This versatile emcee continues to prove himself as an artist. His music combines raw intensity and originality with hard hitting beats. His steadfast dedication and drive has resulted into a solid and growing fan base in Houston and beyond. Get familiar with Prin$e William!

Hello Prin$e William! Before we talk about your music, let us know which city you rep and how the Hip-Hop scene is there?

Houston, Texas. It seems the styles are different and have evolved in comparison to UGK, Swisha House, Fat Pat, Big Moe and DJ Screw. But the culture and what the city stands for never changed.

What was the moment that you knew music was your dream?

I was fired from 2 jobs in 6 months back in 2011. I remember praying and asking for guidance and the next thing I know I’m writing and it eventually turned into rapping.

How did the environment you grew up in influence your music?

The environment I grew up in was dog eat dog, things either happened for you or you made them happen. Seeing many failures from a lack of responsibility, it crafted my passion and approach to making music.

Where do you get your influences from when crafting music in general?

I study all the greats from 2Pac, Michael Jackson, James Brown, Kanye West, Andre 3000. Their passion and fire rather on stage or recording music is what I strive to match and supersede.

So Prin$e William is your rap moniker, how did you come up with that name?

Its’s kinda funny, my parents literally raised me as a royal child. I drank from crystal bottles and nobody else was allowed to touch or hold me. I hear the story all the time so I decided to run with it. Plus my name is William so it worked out.

For those who are not familiar with you yet, how would you describe your sound and style?

Gritty, passionate, energetic and also confident. I try to surprise my audience with new flows every song.

What would you say sets you apart from other up-n-coming rappers in the game at the moment?

My ambition. I’ve become obsessed with my craft while also becoming obsessed with studying how the game is played. I see myself as not only a rapper but a creative director and entrepreneur.

I dropped my mixtape “Southside Rebel” this summer, which is available on DatPiff and Spinrilla.I also have 2 music video premiering globally on MTV and BET Jams.

In the end, let the readers know where they can find you online.

I can be found on Instagram @Prince1ov1. Also Stream “Ode 2 G-Lavish”, ”Let It Go” and “Rebel” on Spotify, Apple Music, Amazon and Deezer.