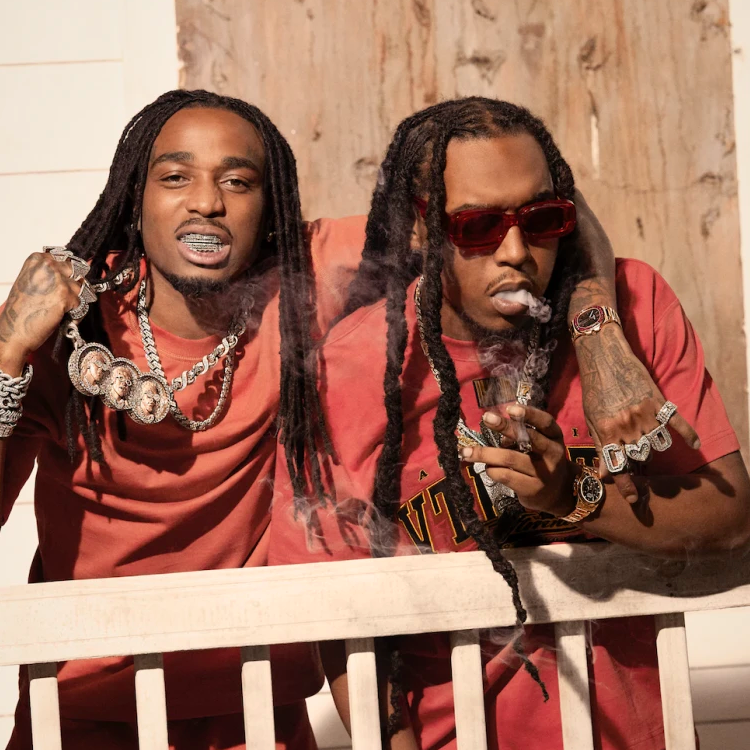 After dropping their joint album titled “Only Built For Infinity Links” earlier this month, Migos members Quavo and Takeoff have delivered the stunning music video for one of the project’s lead tracks “Messy,” directed by Quavo and Daps.

The visual finds Quay and Take sleeping in a car before they wake up, both confused by their dreams. Upon falling back asleep, the two find themselves rapping from inside a Halloween-themed home.

“Don’t let that broke b**** in ’cause she too messy/Who the f*** them broke boys with? Get out my section,” Takeoff raps on the chorus. “Just pulled a muscle, goddamn, too much flexin’.”

“Only Built For Infinity Links”, which marked Quavo and Takeoff’s first album without fellow Migos member Offset, debuted at #7 on the Billboard 200 earlier this month. Messy,” specifically, became a talking point after Quavo seemingly references his split from Saweetie and rumors that she may have had an affair with someone within his camp.

Clocking in at roughly one hour, the 18-track effort features guest appearances from Mustard on “See Bout It,” YoungBoy Never Broke Again on “To The Bone,” Young Thug and Gunna on “Chocolate,” Summer Walker on “Mixy,” Birdman on “Big Stunna” and Gucci Mane on “Us vs. Them.”