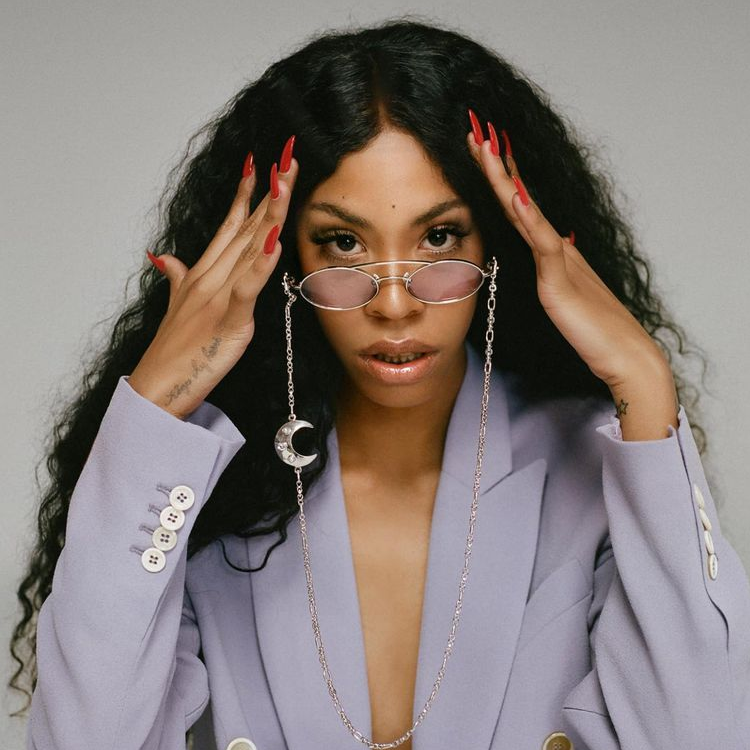 The Queen of the DMV, Rico Nasty, is well aware that her fans are waiting for her highly-anticipated debut. In the meantime, she’s managed to leave deliver fans with a number of rockstar features and releases. Rico unveiled her latest, colorful release “Lightning.”

In addition, the song’s release is accompanied by a fiery companion visual directed by Robert Henry, Nate P and Anthony Brown, which features the rising star jamming to her own boastful lyrics while flexing her newfound stardom, cruising in a futuristic Tesla and waving stacks of money. The new record was produced by Internet Money–the collective responsible for Rich the Kid’s “Plug Walk” and Juice WRLD’s “Lucid Dreams” to Drake’s “Blue Tint.”

“Lightning” follows a number of recent releases, including “Hard,” “Fashion Week” and “Time Flies,” which is featured on the Madden NFL 2020 soundtrack and a jaw-dropping remix to the late Popsmoke’s “Welcome To The Party.” Earlier this year, the DMV-based artist joined Charli XCX and Kero Kero Bonito to deliver the remix to 100 gecs hit “ringtone.” In 2019, Rico released the collaboration project “Anger Management” with longtime producer Kenny Beats who is also joined by Baauer, EarthGang and Splurge.