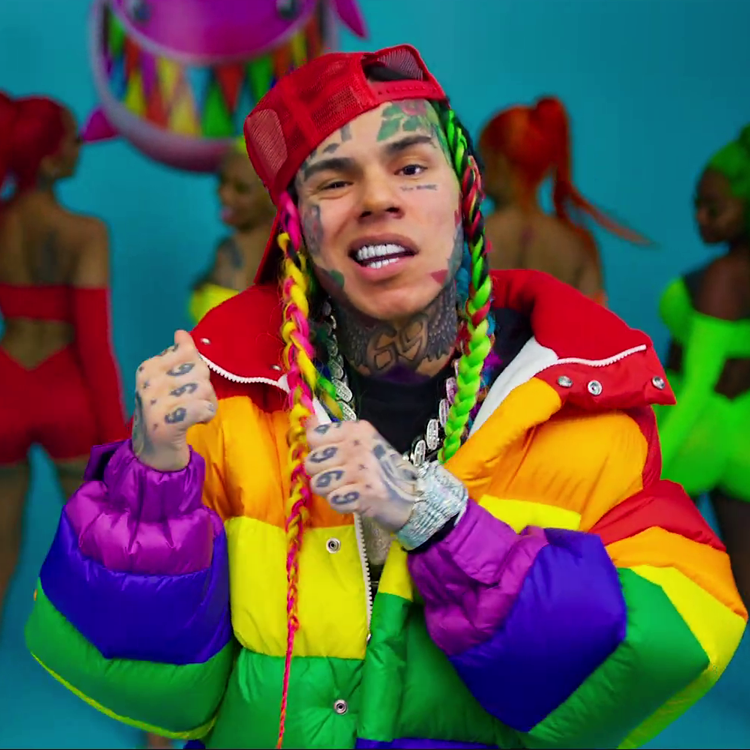 Tekashi 6ix9ine – whose real name is Daniel Hernandez – is still one of the most polarizing names in the music industry. From his public trial in which he snitched on his co-defendants to his controversial social media activities, the rainbow-haired artist dropped his brand new video “GOOBA.”

In the song, Tekashi dares people to “tell me how I ratted.” He was branded a “snitch” for betraying his gang and cooperating with prosecutors.

It’s not clear how the music video was released so quickly since Tekashi is currently under home confinement — released from prison early because of the coronavirus pandemic — serving a 2-year sentence after pleading guilty to several crimes in relation to his involvement with the Nine Trey Gangsta Bloods gang.