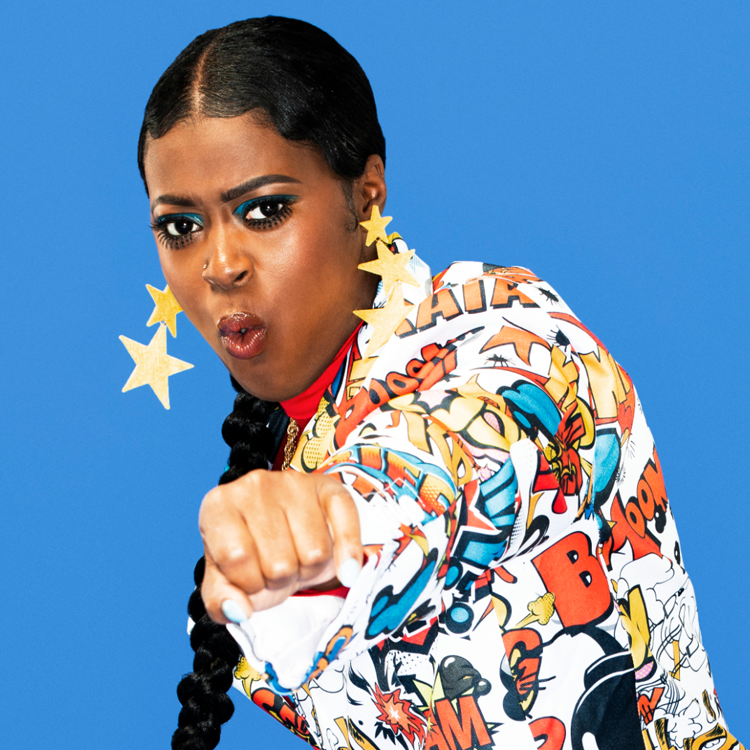 Tierra Whack has officially announced a new EP. The highly-anticipated project, titled “RAP?” is set to drop on December 2nd.

The rapper hasn’t released a new project since her 2018 debut “Whack World,” an immersive and creative set of 15 one-minute songs. Paired with a whimsical visual directed by Thibaut Duverneix and Mathieu Léger, Whack’s introduction to her world was critically lauded. Since then, she’s released a handful of singles, performed at the BET’s and Rihanna’s Savage x Fenty show, and collaborated with Lil Yachty, Alicia Keys, and Willow Smith.

Whack announced the project Tuesday morning (Nov. 30), along with an upcoming merch collaboration with Vans set to drop on December 3rd. Though fans still have no hints at a tracklist, Whack shared the creepy, meme-able cover art.

Also earlier this week, Whack officially announced two upcoming shows. Whack will celebrate the debut of her EP with a performance at Brooklyn’s Elsewhere Hall, then stop in LA on December 12th to play the Masonic Lodge. A series of question marks at the end of the announcement hinted more dates may be on the way.