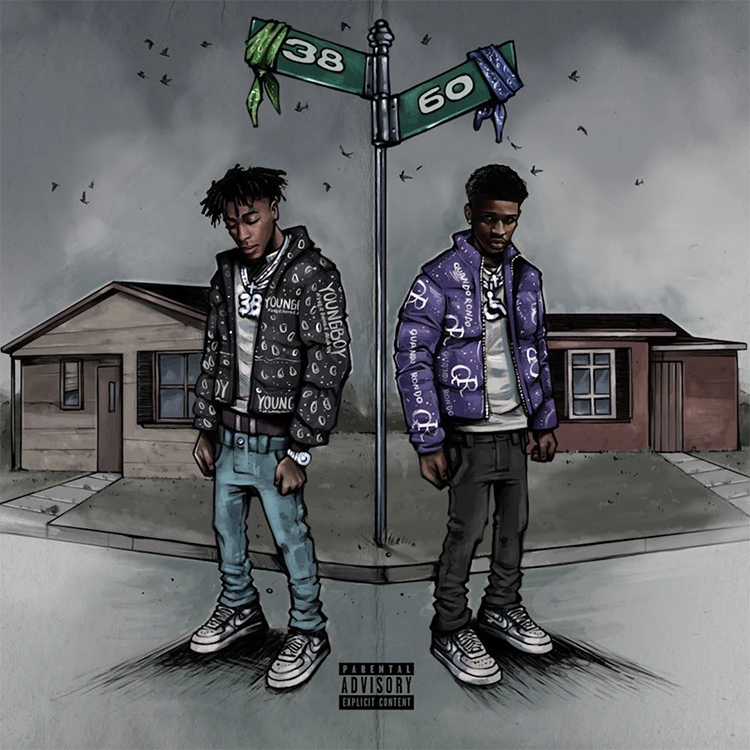 Multi-platinum rappers Quando Rondo and YoungBoy Never Broke Again release their highly anticipated collaboration mixtape entitled “3860.” Fans have been patiently awaiting the project since 2018, when the two teamed up on “This for The” and “I Am Who They Say I Am” with Kevin Gates.

The 16-track project is a mix of assertive and introspective, giving fans a taste of the versatility both artists have to offer. The mixtape comes on the heels of the previously released singles “Keep Me Dry” and “Cream Soda.” “Keep Me Dry,” along with “It’s On” and “Give Me A Sign,” are all featured on the 16-track project.

“3860” showcases the camaraderie between the two rappers over its 45-minute run time. Quando Rondo and NBA Youngboy’s chemistry shines with a sole appearance coming from Lul Timm.