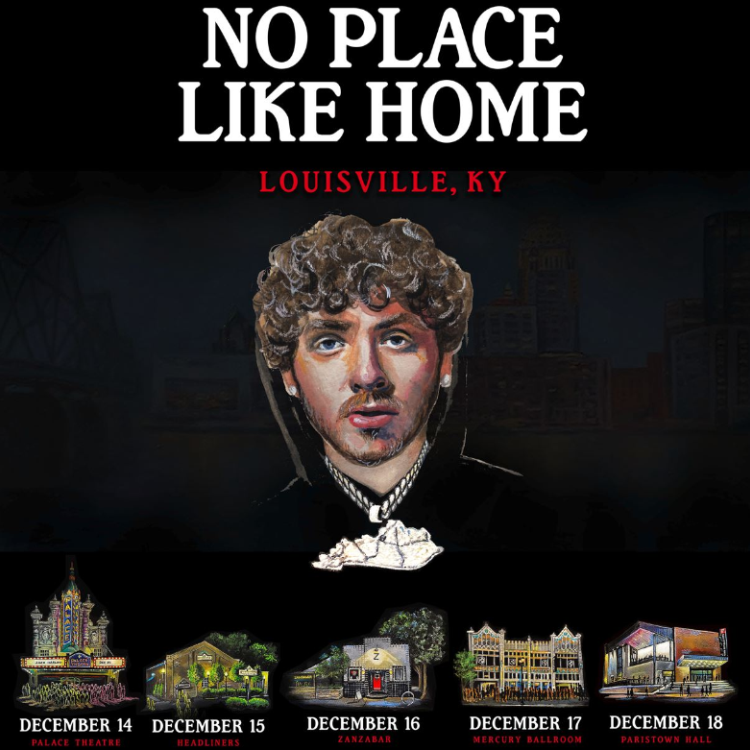 Grammy-nominated rapper Jack Harlow has announced plans to return home to Louisville, KY this December, for his “No Place Like Home” shows. The “No Place Like Home” dates will see the 23-year-old performing 5 unforgettable shows at 5 iconic venues, kicking off December 14th at The Palace Theatre and concluding on December 18 at Old Forester’s Paristown Hall.

Live Nation will join Harlow’s recent philanthropic efforts in Louisville, by donating $1 from each ticket sold to Harlow’s shows this year, to one of the five Louisville organizations he recently donated to. Earlier this month, Harlow gave back to Louisville with donations to five different organizations that benefit causes close to his heart: AMPED, The Center for Women and Families, Grace James Academy, Louisville Urban League & Metro United Way. Inspired by his initial individual efforts, Instagram and KFC joined Harlow in making additional donations to these organizations.

The “No Place Like Home” shows will wrap what has been an incredible year for the Generation Now/Atlantic Records rising superstar, who is currently celebrating his first ever #1 on the Billboard Hot 100 with “Industry Baby,” his explosive collaboration with Lil Nas X, which the duo performed at the 2021 MTV Video Music Awards. Other live show highlights include headlining his first sold-out tour in nearly 2 years and performing acclaimed sets to seas of screaming fans at some of the biggest festivals including Lollapalooza, Austin City Limits, Bottle Rock, Atlanta’s Music Midtown, to name a few.