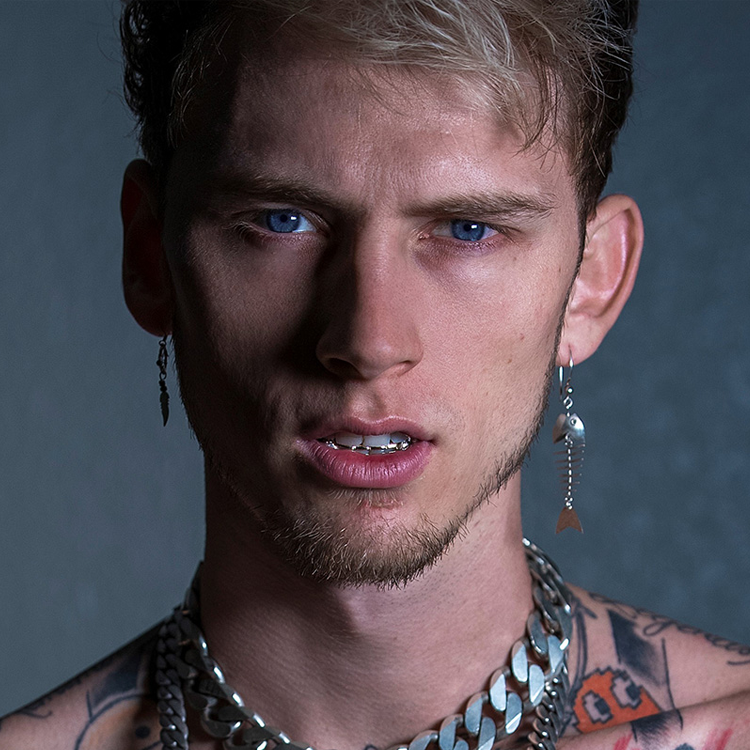 Machine Gun Kelly opened up about how his relationship with Megan Fox changed his life, and while speaking to Dave Franco for an interview, MGK talked about his years-long drug use and recently starting therapy.

After being asked about what role drugs and alcohol play in his creative process, MGK revealed:

I watched myself believe that drugs were how you attained a level, or unlocked something in your brain, and I’ve seen the pros and cons of it.

While detailing his Adderall usage, the Cleveland rapper admitted,

Adderall was a huge thing for me for a long time, and I went from orally taking it to then snorting it, and then it became something where I was scared to ever go into a studio if I didn’t have something. I wouldn’t even step out unless there was a medicine man who was going to visit me and give me what I needed.

The “Lace Up” rapper says his new girlfriend, Hollywood actress Megan Fox, helped him to kick his addiction.

When you have a partner, mine being Megan, sitting there with you on those dark nights when you’re sweating and not being able to figure out why you’re so in your head, to help you get out of your head and put it in perspective, that really, really helps.

That’s the first time I ever went, ‘Hey, I need to separate these two people,’ which is Machine Gun Kelly and Colson Baker. The dichotomy is too intense for me.

I’m early in the process. The tools that I’ve been given to start with seem helpful…I’m still kind of ripping my hair out. Why am I not changing overnight? How am I supposed to meditate for 10 minutes when I can’t even sit in my own brain for two minutes without distracting myself by doing something? That’s really hard.