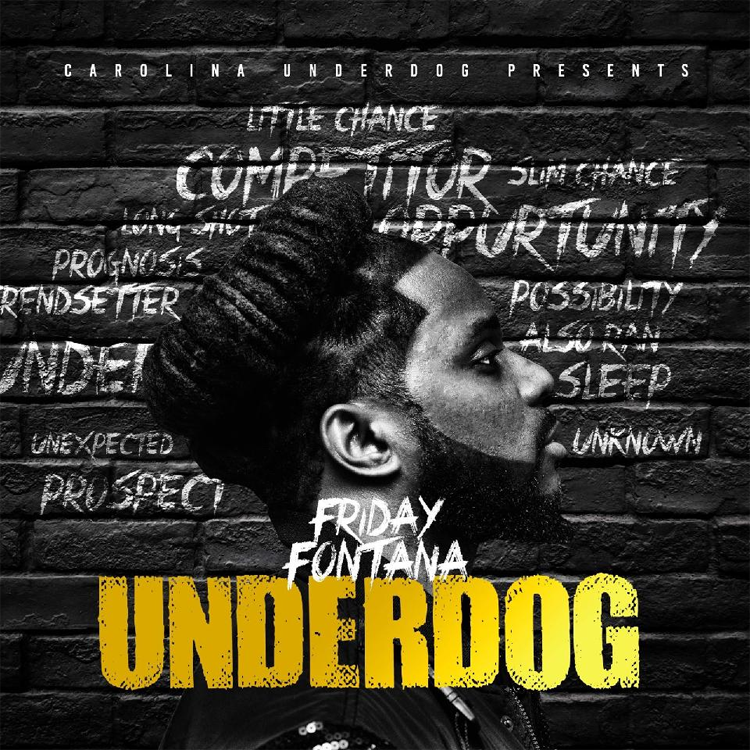 There’s a common misconception about hustler’s ambition. Many assume that it’s a hunger for success acquired and strengthened over time. But contrary to popular belief, it isn’t something you learn; it’s something you’re born with. And North Carolina Rap phenom Friday Fontana has a hustler’s ambition running through his veins. He is the essence of a hustler.

Friday Fontana is a determined independent rapper with an international appeal. At first listen to his music it’s evident that this music maverick has the power and the talent to become a household name on the urban music landscape. With uncensored emotion, hard-hitting beats and honest melodies, Frinday Fontana’s songs tell the story of a unique path. From tragedies and heartbreak to glory and triumph, the explosive wordsmith takes you on an inspiring journey.

Friday Fontana infuses his music with the flavor and spirit of his city Greensboro, North Carolina. He shows the true grit of his town. His songs include a realistic portrait of the city from the hood to the suburbs. “I am North Carolina” states Friday. His mission is to give a voice to those who are not getting heard and entertain folks at the same time. He makes music for the underdogs.

The rising rap star is currently riding high and making an impact with his latest music video entitled “Nasty” featuring DJ Luke Nasty. The song is a hard hitting street anthem with a catchy hook, top notch production and raw lyricism. The single is garnering accolades and airplay on mixshows from around the country. Moreover, the tantalizing music video has eye candy galore and it was deftly directly by The Moonrunners.

Friday Fontana looks to excel where his contemporaries have failed by supplying the streets with a steady dose of marketable Hip-Hop that appeals to a mass audience. Friday Fontana’s poetic rap lyrics give insight to the very soul and core of his motivation and unrelenting desire to achieve the ultimate level of success. His website is FridayFontana.com. Follow him on IG @Fridayfontana_