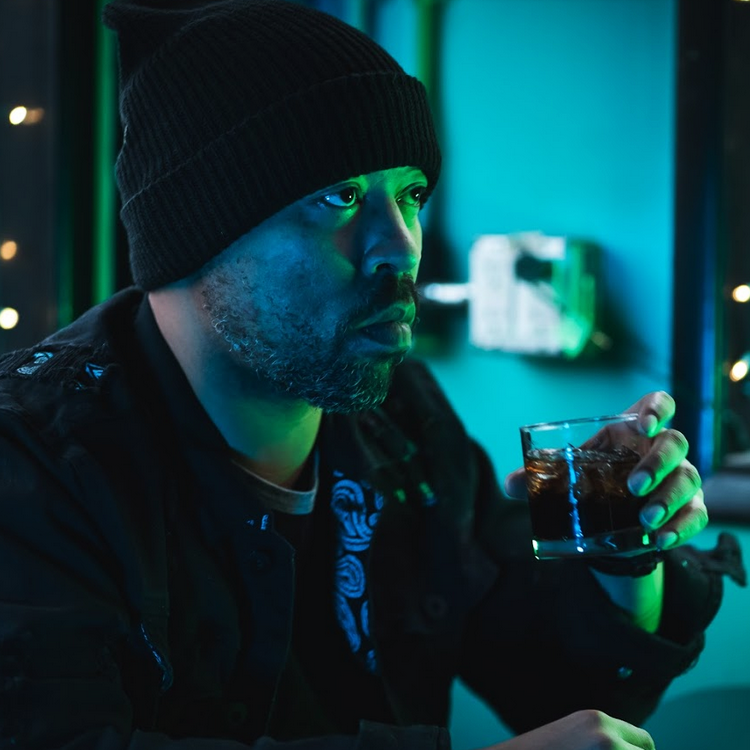 Rich Jame$ has been making music for several years. Born and raised in the South, Rich was influenced by the streets of Fayetteville, NC. Starting out ghostwritting for several local artist, he has recorded a few mixtapes and helped countless artists further their musical endeavors by continuing to produce hits. The music of Rich Jame$ pulls from both modern and classic influences in both Hip-Hop and R&B. It’s a mixture of straight forward, high energy Hip-Hop with a strong Reggae/Blues base.

I’ve been making music for about nine, ten years now. I’d have to say Method Man, Snoop and Biggie were a heavy inspiration.

How did you get your rap name Rich James?

Rich from what I’ve always inspired to be or at least comfortable [laughs] and James from my late Uncle James.

What does it take to build a buzz to get noticed in today’s music industry being a rapper?

I’d say a heavy social media presence; the internet can make or break an artist overnight practically. On top of having quality music, it’s really how you can get the audience to interact and engage.

What type of day-to-day obstacles do you encounter as an artist?

Having creative ideas and not being near my lab to jot them down. As most indie artists do, I have a 9-5 and sometimes I’ll get the craziest bass riff in my head or 4, 5 bars for a song pop in my head, can’t necessarily leave work to chase the ideas.

What are the advantages you’ve been able to utilize as an independent rapper?

Services like Reverbnation to help my music reach the hands of industry professionals that can help me elevate my career.

What are you currently working on as we speak?

I have a new project, yet to be titled I’m working on. Mostly vibes, if you feel me [laughs]. Two more beat tapes as well.

How much of your real life comes out in your overall music?

At least 80%. Music is my outlet, to let some steam off so life isn’t so stifling. I have to be able to “talk” through it so to speak, in order to let it go. The fun part is the creative way I may go about describing and/or depicting it.

Honestly, as of late, being interviewed by Yo! Raps. I do appreciate the opportunity and hope to work more in the near future.

What are your personal and professional goals you have set for you and your music?

To gain more exposure to my music, I believe I have a story to tell, a message for the masses.

Where can people find your music and keep up with everything you have going on?

You can find my music on all the major music platforms such as Tidal, Spotify, Apple Music etc. Just make sure when you search its “Rich Jame$,” with the “$” instead of an “s”.