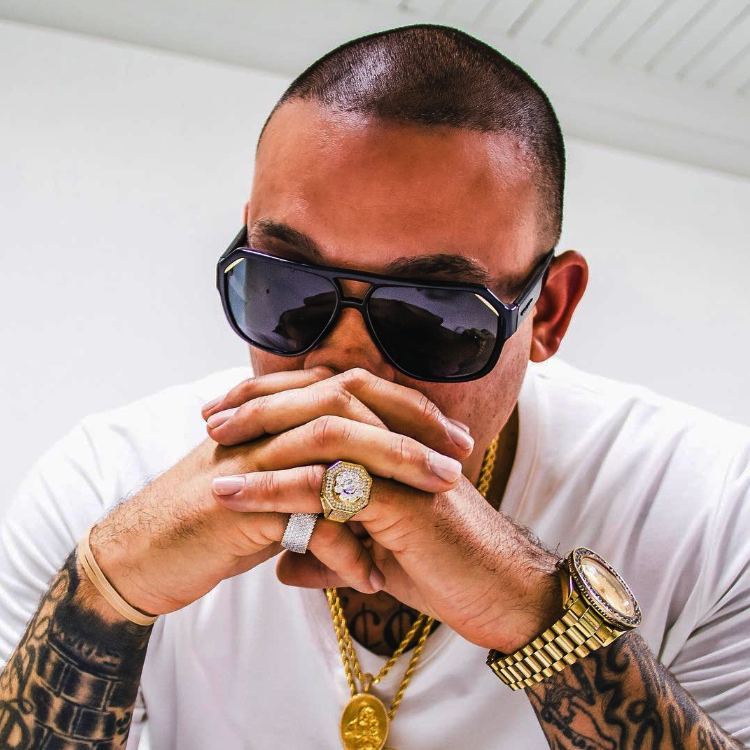 Hip Hop juggernaut Sonny Soprano is a stand-up guy. He’s a musical “Don” and “Boss.” He’s a good fella. He is one of central Pennsylvania’s musical “Made Men.” Confident and with a dope flow, Sonny Soprano does everything in a colossal way. He has big dreams and the talent to match. The dynamic rhyme slinger is shaking up the independent music scene with his critically praised and fan-approved singles and live performances.

Sonny Soprano’s style is a blend of reality rap and braggadocious lyricism. He kicks sharp rhymes over bass-heavy tracks while sharply telling realistic stories about his life and his peers. His sound hearkens back to the days of hard body beats and grimy rhymes delivered with authenticity. There is an undercurrent of realness in his voice. “Everything I’ve seen, done, felt, heard, been through, and witnessed I put in my music,” proclaims the rapper.

Equally important, every time Sonny Soprano steps into the booth his goal is to create timeless music that resonates with the masses. Sonny Soprano has put out consistent musical releases that have satisfied many rap pundits. His songs have been featured on Shade 45, Hot 97, TheSource.com, AllHipHop.com, ThisIs50.com, WorldstarHipHop.com, 2Dopeboyz.com, InFlexWeTrust.com and much more.

The buzz worthy emcee has collaborated with some of the top Rap stars in the game such as Chinx, Ace Hood, AR-AB and Ron Browz, Freeway, and Elcamino. Sonny  is on a mission to resurrect Hip Hop back to its glory days.  As an artist, he is daring, direct and real. His music is like a movie but through words. At times brilliant and at times daring, Sonny Soprano is thoroughly engaging.

The Central PA wordsmith is flying high above the competition and earning massive respect among his peers with his latest single entitled “Muddy Gravesite” featuring Jojo Pellegrino off his newest album “Soprano Season 1.” The hard thumping composition is a certified street anthem.