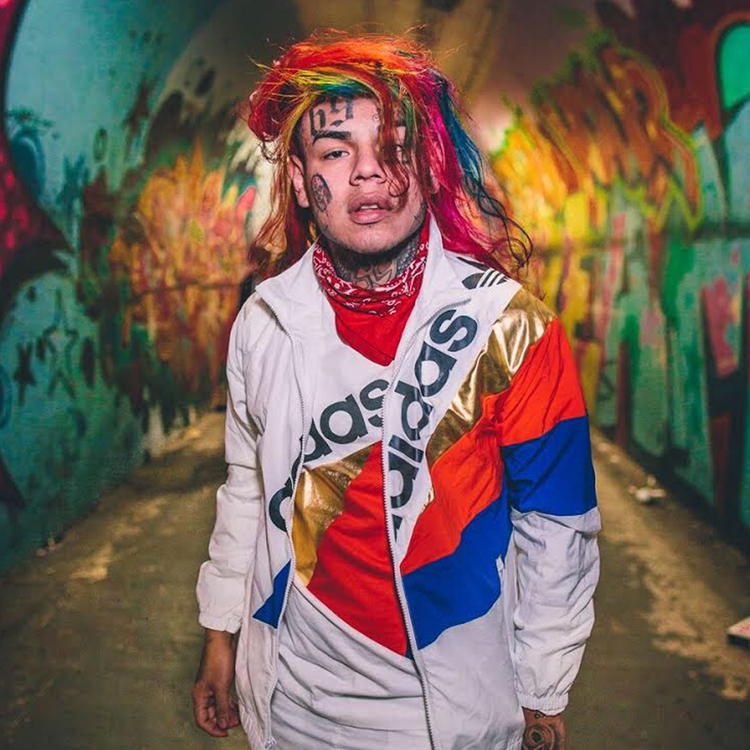 Tekashi 6ix9ine is just out of jail but he already goes crazy again on social media although his legal team promised their client wouldn’t be engaging in questionable online behavior.

The polarizing rapper has made his return to social media earlier this month. Now, he is trolling fellow rapper Tory Lanez during the Toronto native’s Instagram Live show “Quarantine Radio.”

On Monday night (April 13), 6ix9ine jokingly threatened to snitch on Lanez if he didn’t air some of his new music.

Lemme play this new shit or ima snitch on u. You not even from America u from Canada.

As we reported, Tekashi 6ix9ine was recently granted a “compassionate release” from prison after the presiding judge ruled he was at a higher risk for COVID-19 due to his asthmatic condition. He will serve the remainder of his prison sentence at home and be required to wear a GPS monitor. He plans to release two new albums, according to his attorney Dawn Florio.