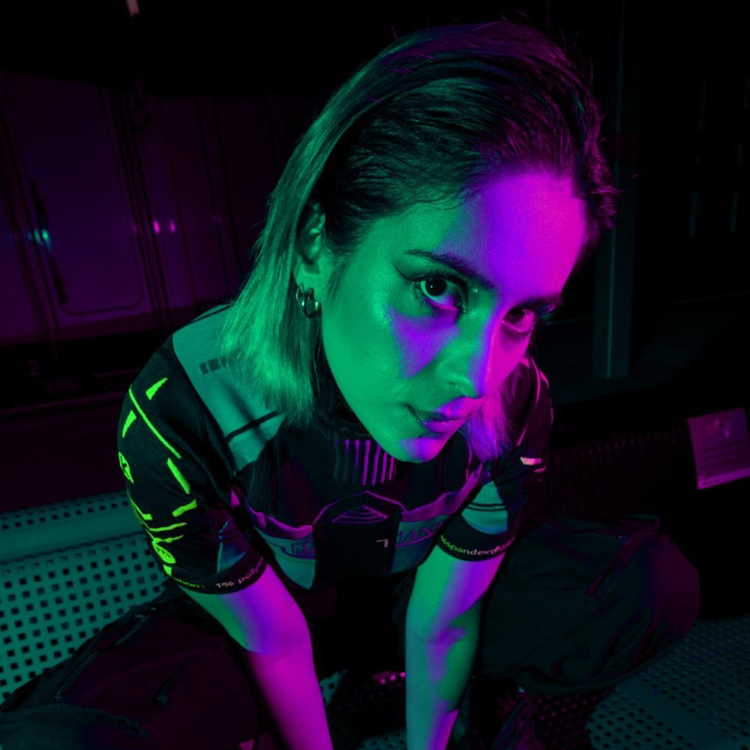 While not entirely divorced from the here and now, Agat delivers a welcome diversion from mainstream pop. Her music fuses electronic motifs, aggressive yet seductive vocals, booming bass lines and an affinity for analogue sounds.

Agat’s career has been on an upward trajectory garnering positive reactions from major press outlets across Europe and the United States, several TV features, sync placements from companies such as Adobe and KFC.

While releasing well-crafted music, Agat’s live performance is daring and full of energy, not shying away from her penchant for experimental sounds. Alongside performing shows in her hometown Tel-Aviv, Agat is establishing herself as an international performing act.

During covid, Agat has been working in the studio on her second upcoming album produced by Gal Oved, while diving into genres like industrial hip hop, glitch hop, and trap. The album will include features from the Detroit artists and rappers Zelooperz and Pink Siifu.